“The House Ways and Means Committee has sent a clear message that tobacco companies should not be allowed to use flavors to market their deadly products to our children,” said Allyson Perron Drag, government relations director for the American Heart Association in Massachusetts. “Every death caused by tobacco addiction could have been prevented. We urge lawmakers to ensure Massachusetts continues to lead the way in preventing future generations from succumbing to tobacco.” 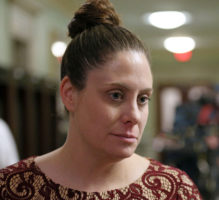 “The easy availability of menthol cigarettes, flavored cigars, flavored hookah and youth-friendly e-cigarette, candy-like flavors is causing an increase in youth tobacco use of epic proportion,” Perron Drag added. “With their colorful packaging and sweet, candy flavors, today’s flavored tobacco products are often hard to distinguish from the candy displays near which they are frequently placed in retail outlets. The removal of all flavors from all tobacco products is essential for reducing their appeal to youth.”

The House Ways and Means committee on Tuesday released legislation that would eliminate the sale of flavored tobacco products, including mint and menthol, in Massachusetts. The bill would also impose a 75% excise tax on all electronic cigarettes. The American Heart Association is urging lawmakers to reject any attempts to weaken this strong piece of tobacco control legislation.

Shira Schoenberg, who covers Massachusetts government for MassLive, reported Tuesday that the bill would institute a ban on the sale of all flavored tobacco products as of June 1, 2020. The ban would include flavors like fruit, chocolate and spices, as well as mint and menthol.

Violating the ban on flavored tobacco products would be punishable by fines of up to $1,000 for a first offense and up to $5,000 for a third or subsequent offense.

In addition to the ban, the bill would impose a new tax on the sale of all electronic nicotine delivery systems, or e-cigarettes, which would be 75% of the wholesale price of the product.

Anyone selling e-cigarettes in Massachusetts would have to obtain a license from the state.

Selling unlicensed and untaxed e-cigarettes would be punishable by a fine of up to $5,000 for a first offense and $25,000 for a second or subsequent offense.

The bill would also require any health insurer operating in Massachusetts to cover tobacco cession counseling and FDA-approved tobacco cessation products — such as nicotine patches or gum — without copays.

Neither the flavor ban nor the excise tax would apply to marijuana products.